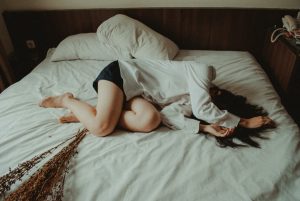 Counselors who work with people in bad relationships hear all sorts of stories. But there’s one story that pops up surprisingly often. If you watch daytime talk shows, you’ve heard it.

He is verbally and physically abusive, emotionally distant and mean to her kids. He drinks and has a bad temper. We could look at his other brilliant qualities, but … you get the picture. While the abuser is usually a male, this can apply the other way around. And it can certainly apply in same-sex relationships.

When the counselor asks what keeps her in the relationship. The common answer is: “I love him.”

I ask, “Tell me if I’m getting this right. He is rarely around, he drinks heavily, has a bad temper, he doesn’t help at home, he’s abusive, domineering and bossy to your kids. But you love him. Is that right?”

I repeat. “You love a man who does not help you, he abuses you and is mean to your own children, which are not his. Is that it?”

Now what? How do you respond? Maybe you ask if he’s hurting the kids. If that’s the case, you call Child Protective Services. If no one is in immediate physical danger, then what?

Are you wondering how you would respond, if you were the counselor? Hold that thought.

Now, consider this possibility. What if you were to ask the woman, “When you say you love him, what does that mean?” You might have to follow up by asking, “What exactly do you love about him, as a person?” And if the client is still not getting it, you might have to go a step further and ask, “If I were to ask your kids what they thought about you loving him, what would they say?”

Clearly, this woman’s concept of love is severely distorted. If she were not a mom, and wanted that kind of life, that would be her business. But, her kids are helpless victims. She has no right to include them in her nightmare.

Ultimately, I would want this client to adopt a fresh perspective on love, and on herself, starting by questioning her own twisted idea of love and relationship. And for her to realize a very important truth about life and love. That truth is embodied in one of Scripture’s most important statements, which I believe to be an absolute fact.

The verse is 1 John 4:18: “There is no fear in love. But perfect love drives out fear, because fear has to do with punishment…”

Anyone, male or female, who stays in an abusive relationship is not really experiencing love. He or she is living in fear. Fear of being alone. Fear of asserting herself. Fear of being responsible for herself. Fear of starting over. Fear of the unknown. Fear of being criticized. Fear of looking bad or feeling guilty. In order to deny the fear of making a change, the person says, “I love him.” “I’m the only one who understands him.” “He’s had a hard life.” “He doesn’t mean it.” “He has no one else.”

This old story is an extreme example of distorted love, but lots of folks might also have mistaken opinions or beliefs about love and relationships. If you’re in a bad relationship, and you wonder whether you would benefit from a new perspective, please don’t hesitate to call 219-309-3928. I’d be honored to be of service.

← Doing for Others
Online Counseling →