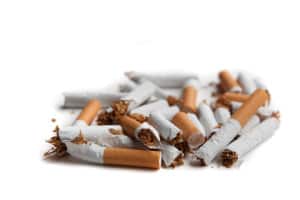 Tales from the Smoke Zone

One of my clients, who came to me wanting to quit smoking, recently used an interesting phrase to describe herself: “I love myself as a non-smoker”.

That got me thinking. This lady, now about 55 years of age, had smoked cigarettes heavily for about thirty years. During that period, she tried to quit smoking lots of times. And, because she felt like a failure, she began to think unpleasant thoughts about herself.

As a former cigarette smoker, this rang a bell with me! I had tried to quit and failed many times, just like the lady in the story. And like her, I began to think badly of myself. For example: “What is wrong with me? Don’t I have any self-control? What am I doing to myself? Can’t I see this is not healthy? Am I too weak and undisciplined to quit? What’s it going to take?” … And so on. I guess I didn’t have the will power, or whatever we call it, to quit and stay quit. Eventually I was successful in quitting; but that’s another story.

Let’s look again at this lady’s statement: I love myself as a non-smoker. Two things to point out:

First, I love myself. What a shift in this person’s self-image! What a marvelous change she experienced at a point in life when a lot of people would give up. She did not give up! She believed it was worth it and that she could do it. As a result, she’s happier than she’s been in a long while. And the second part of the statement, describing herself as a “non-smoker”. That is her new identity. She has re-invented herself and now views herself in a completely new light. This is a huge accomplishment for a person at any age.

Here is a link to the American Cancer Society web page on quitting smoking:

Information is power. Get the info, get the evidence, and you’ll find out that quitting smoking has long and short term health benefits, no matter your age or how long and how heavily you have smoked.