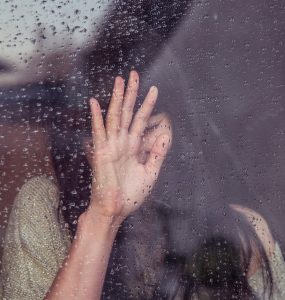 As you probably know, ignorance is different from stupidity. Ignorance consists of a lack of knowledge and understanding. And, to be clear, saying that someone is ignorant does not necessarily mean that the person lacks intelligence.

However, ignorance and stupidity do have at least one thing in common: both conditions can lead people to behave badly and to cause harm.

I’ll tell you about one case in which sheer ignorance destroyed a marriage and damaged the lives of two innocent kids.

He and she – call them Jack and Jill – met when they were teenagers. Jack’s broken family had put him through a troubled childhood, but it was nothing compared to Jill’s. From early on, Jill and a few of her cousins regularly played sex games together. She thought it was fun, even though it seemed a little strange. They did just about everything except sexual intercourse. When she was twelve years old, her adult cousin changed that. Jill reported that it was consensual, not forced. But the worst thing about it was that her stepmother, who witnessed them having sex, did nothing about it. Later on, her father and stepmother blamed her, and kicked her out of the house, sending her to live with her mother.

Jill was now fully sexualized. In less than two years, she was known as the girl who would do it with anybody, any time, any place.

After dropping out of school, Jack and Jill left their families, and lived on their own and on the edge. No education, no skills, no opportunities. Call their choices stupid or ignorant. Maybe a little of both. Luckily, the police never caught them doing what they had to do in order to survive. On the other hand, maybe it would have been better if they had been caught.

They eventually married, had two children, and throughout their alcohol- and drug-driven lives, Jill continued to have sex with other men. In our therapy sessions, Jill repeatedly said she never understood why she had become promiscuous as a kid, and why she still had this compulsion. She was ignorant of the long-term impact of childhood sexual abuse.

Now, Jack was no angel. He had a major problem with alcohol and a bad temper. Despite all that, he hung in there for years, knowing that she was often with other men. After  twelve years of this, and after seeing their children showing signs of anxiety and sexual acting out, Jack reached his breaking point, and he filed the divorce papers.

This is one of many such cases I’ve encountered. A person suffers childhood sexual abuse and never receives help, because he or she is ignorant about the following facts. First, sexual abuse leads to emotional and mental problems. Second, these problems do not go away. Third, sexual abuse leads to a disorder that can be treated successfully. Fourth, there is no shame in having been sexually victimized, even if the abuse was seductive and viewed as harmless fun, as in Jill’s case. In other words, it was not her fault.

While the trauma resulting from sexual abuse is a disorder, ignorance is not. It’s a lack of information and understanding, and education is the answer. One of my roles as a therapist is to educate clients about the effects of abuse and trauma. I take this role quite seriously.

There is no need to live in ignorance. If you are not sure whether you’ve been abused, traumatized or emotionally scarred in some other way, feel free to call 219-309-3928 for a no-cost consultation. I would be honored to be of service.

← A Higher Purpose
Doing for Others →