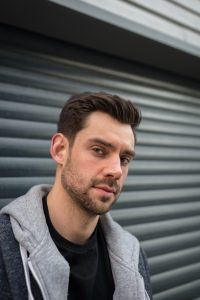 Poorly managed stress can lead to early-onset memory loss and even dementia. This claim is not a mere opinion. It is factual, and it is based on reliable research. If you wish to live a long and happy life, this article will interest you.

To be clear about the meaning of poorly managed stress, let’s look at some of its features.

Inability to recognize difficult emotions in oneself, such as anger, sadness or fear

Unwillingness or inability to express such emotions

Confusion about the meaning and impact of difficult emotions

Self-loathing and inability to stand up for oneself

Guilt and shame which signify that happiness is gone forever

Dependency on the approval of others

These and other features, too numerous to mention, can result in and be evidence of poorly managed stress. If you’ve had any such experiences, you may know that the feelings don’t just go away, and bitterness can come all too easily.

A common cause of bitterness is the element of injustice. Something bad happens or someone hurts you, and nothing is done – or can be done – to remedy the injury. A client of mine, suffering from severe depression, had been in a business partnership with a friend, who later stole the firm’s money and left him broke. The legal details were unclear. Now he was in middle age and believed his life was over. He was bitter, lethargic and unmotivated to rebuild his life.

There’s an old saying, that holding on to bitterness is like drinking poison in the hope that it will kill the person who hurt you.

When we hold on to bitterness and to the outrage of the injustice, we are not hurting anyone but ourselves. In those cases, we remain negatively attached to the memory of what was done to us, and we are forever slave to that memory. We can never be free, because we cannot or will not let it go. On the contrary, letting go will allow us to move forward and be happy.

If bitterness is keeping you from being happy and free, I invite you to reach out. Be encouraged: it is possible to break free of the chains of bitterness, and I believe I can help. It would be an honor to be of service. The phone number is (219) 309-3928.