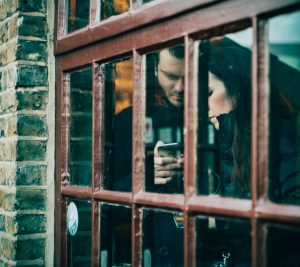 We live in turbulent times. Across virtually every culture and nation, people and groups who hold opposing views, running from one extreme to the other, have created division and conflict. In the United States alone, the polarization of opinion is fueled by the press, which thrives on manipulating the public in their competition for advertising dollars.

This atmosphere has had a toxic effect on personal relationships. In fact you may know someone whose relationship with a friend or family member has been damaged as a result of conflicting opinions. Anyone who has lost a friend in that way might wonder about the nature of close relationships, particularly friendship. How could a solid friendship be destroyed merely by differences of opinion?

Furthermore, what does a real, solid friendship consist of? Is it about sharing of tastes in music, movies and recreation? Is friendship what happens at work or at your place of worship, but doesn’t take place anywhere else? Is a real friend someone with whom you have a long history? Maybe you’re tight with someone who has been through tough times alongside of you – soldiers and first responders, for example. Certainly, a friend is someone you can always rely on.

If we consider the words that people use in talking about others, you may notice that the word, ‘friend’, is often used rather casually. People might even use that word to name someone who has hurt them or let them down. Has that happened to you? In general, is it hard to know whom to trust and who is a true friend? On what basis should a person offer and accept close friendship? Do we accept the fact that some people are good for us, while others are not?

Now to the big question. What could drive people to reject a friend or family member just because of a disagreement? It must be an emotional force, because a reasonable person would not do such a thing. So, what emotions could compel a person to end a relationship merely due to differences of opinion or belief? While a one-size-fits-all answer may not be appropriate, one thing is certain about the human race. We have egos. We want to be right. We want acknowledgment. We want to be part of a group in which we matter. All of these feelings of entitlement, especially if they are supported by a group of true believers, can lead us to feel offended and outraged in the face of disagreement. When those negative feelings arise and we take the offense personally, we view the disagreement as an attack on our identity. We perceive that we ourselves are being attacked. This is not tolerable. All bets are off, and we are liable to lash out at anyone.

It is our own ego, our very identity, that prompts us to end a friendship. It is our need to be right, to grab the moral high ground and for the other person to be wrong.

The loss of a friendship may or may not be troubling enough to merit attention. If you have alienated someone and feel lonely, it could be time to review your life situation your beliefs and what you want out of life. If you think you would benefit from feedback, it might also be a good idea to consult a professional. If so, I can be reached at (219) 309-3928. It would be an honor to be of service.