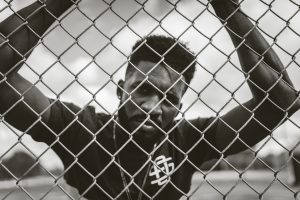 You’ve probably heard the joke,”Denial is not just a river in Egypt.”

Consider a man – we’ll call him “the offender” – who has done something very wrong, it’s not the first time and he is outraged that he’s being held accountable. He protests, “You are so unfair! Can’t you understand? I deserve another chance.”

The offender believes that, no matter what he’s done and how many times he’s done it, he should always get a do-over. This is how children think. In certain cases, when they mess up, they’re given grace, because they might not know better and they certainly lack an adult’s self-control. Unfortunately, some grown-ups never grow out of that mentality. They fail to realize that they’re expected to acknowledge their responsibility for wrongdoing and to accept the consequences. Such people, using that kind of thinking, if they should find themselves in front of a judge, might hear the judge say, “Ignorance of the law is no excuse.”

The offender is clueless about how much hurt he’s inflicted, he denies the fact that he is helpless to correct it, helpless to change things, helpless to go back in time and do things differently.

The offender will not accept that what he has done has ruined a relationship forever. He continues to try to convince others that he has changed. He is unable to let go of his fixed idea that he deserves another chance. Rather, he continues to demand it, and claims that the other person is being cruel, unforgiving, and that she is the one who is causing the problems.

The offender is blind to the fact that he can’t always be in charge, that he is no longer top dog and that things have gone against him in the blink of an eye. And before he can process what’s happened, he is in deep trouble.

In other words, in the example above, the offender, lacking in maturity, makes the colossal error of refusing to accept a reality which can’t be changed.

Among the numerous sources of our problems, this particular error is absolutely enormous. To illustrate, consider a client of mine, a bright young man, who is currently struggling in this way. He recently heard me say – regarding his puzzling over the age-old question of evil, suffering, disease, and so on – that we may never fully understand why these things happen. “That’s a bitter pill to swallow”, he said. This young fellow is smart, curious and I am confident that, one day, he will realize that he can live with the fact that he won’t always understand everything about life.

People often find themselves having to deal with someone who creates problems by denying hard realities. If you are in such a relationship, and you can’t decide what to do, you may benefit from outside help. In that case, please do not hesitate to reach out. The phone number is (219) 309-3928. I would be honored to be of service.