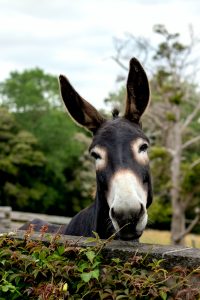 “If you were as smart as you think you are, you wouldn’t be able to tolerate being around someone like me.”

For several years, a married couple – call them Doug and Helen – came regularly for help with family and marital issues. Their original families were not alike, and so they held contrasting views on raising children. They also had problems with Doug’s parents, who routinely disregarded Doug and Helen’s wishes when they came to visit. In addition his parents never accepted Helen, who was his second wife; they remained attached to his first wife, because she was the mother of the favored grandchildren.

For nearly five years, we worked together to address their various conflicts. They made some progress, but through our many sessions an unhelpful pattern began to emerge and remained constant. That is, in nearly every session they complained about each other, about the behavior of his original four kids, or about the behavior of his parents. Doug and Helen dug in firmly to their positions, and neither was willing to yield. Interestingly, he is a highly educated professional, who earns an extremely good living, and she is also a highly educated health professional.

It’s strange to note that even seemingly intelligent folks can’t seem to solve their family problems on their own or with professional help. If we were to cut away all the psychological chatter and analysis, it may be that their failure comes down to just plain stubbornness. Clearly, Doug and Helen are saying in effect, ‘I’m right; you’re wrong. I will not agree with you, and it’s up to you to deal with it.’

Now, it should be said that being stubborn is not always a negative trait. If it is associated with persistence, a ‘no give-up’ attitude about doing a job or meeting a deadline or fighting for what’s right, being stubborn can be an asset.

However, the ugly side of stubbornness is nothing more than arrogance, disrespect and the refusal to accept that other people’s opinions and feelings are worthy of consideration.

The stubborn personality is so attached to his opinions that he views his opinions as a part of himself, like his eye color or shoe size. Anyone who challenges his opinions is viewed as challenging him personally. Thus, a person who is that stubborn will readily sacrifice the love of friends and family on the altar of his opinions. You may know someone like that.

If you are troubled by a person of this kind, or if you suspect that you may fall into this category, and you don’t like being that way … and you’d like to get help … please feel free to contact me. The number is (219) 309-3928. I would be honored to be of service.

← Who Owns Your Brain?
Parents vs. Kids →