The Cost of Infidelity 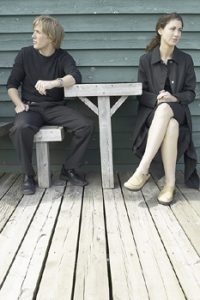 Everyone is clued-in to the obvious costs of infidelity. Divorce, loss of reputation, money problems, etc. When children are involved, problems increase. When the extended family and friends find out, there’s more trouble. If the cheater is a moral role model – clergyman, coach, teacher – even greater problems.

This very incomplete article is meant to point out some of the major problems that cheaters don’t anticipate. It is hoped this information will help someone think twice before cheating.

For the sake of brevity, I identify the cheater as male, the victim as female. When the woman cheats, the issues are similar, but not identical.

Let’s look at just a few of the costs of infidelity.

Loss of trust. The victim needs to have some kind of assurance, no matter how minimal, that the cheater can’t keep on cheating. In order to hold him accountable, the victim uses modern technology to track his every move. Eventually, she begins to resent bitterly the fact that she has to put so much energy into keeping tabs on him. She doubts anything he says or does. He begins to feel as if she views him as a criminal. He feels oppressed.

Her emotions are a mass of confusion. Anxiety, anger, sadness, loss of self-esteem: she may think, ‘Am I that unattractive? Does he want me anymore?’

The picture of the cheater having sex with his affair partner is burned into the victim’s mind. It drives her to despair. She is forced to expend immense emotional energy and take specific actions just to keep herself from thinking about it every day. That’s right. Every day! This can continue for the rest of her life.

On any given day, the victim may not tolerate him touching her. And yet, on another day, she may crave his attention and even initiate sex. Her behavior can become irrational and unpredictable. This confuses both of them. They can go for months with regular improvement. They have fun, have sex, it’s all great. He thinks he’s off the hook. And then one day: wham! She bursts into tears because something triggered the memory. They’re both confused and have no idea what to do.

The cheater’s view of what happened is completely different from hers. The cheater is utterly ignorant of the long-term repercussions and is stunned by the fallout from his actions. He fails to understand the amount of time she needs to find emotional healing. Months, even years, can go by, while she continues to struggle with her pain, and he feels increasingly hopeless, depressed and angry that she just won’t let go. Eventually he may blame her for ‘holding it over him’ and never forgiving him. He may conclude, ‘it doesn’t matter how much I do, she’ll never let me forget it.’ Then, he may begin to resent her, as if their ongoing problems are her fault!

Maybe the most troubling problem that the cheater can’t predict is this: the victim will never know what really happened between her husband and his lover. She will never know how he felt when he was with her, what they did together, whether he enjoyed his lover more than he enjoys her, whether he loved her, what he said to her, or why he did this. Even if he has reasonable explanations, she may never be able to use them in an effort to forgive him.

f you know someone who is tempted to cheat, feel free to share this with him or her. Lord willing, it may save one or more people from a lifetime of heartache.

There’s so much more to be said about this. Perhaps, that’s for another time.