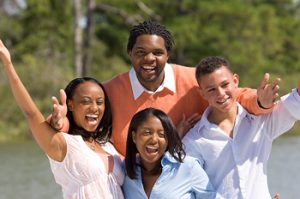 Several years ago a couple came for counseling, and they subsequently worked with me over a period of two years. They were middle-aged, fairly successful and had a very bright teen-aged son, who excelled at school and adored his parents.

The mom had multiple health issues, including depression in connection with her poor health. One of the things she was depressed about was that she missed the days when her son was a baby. She cherished the memories of playing with her little boy, dressing him, and so on. And so, she was having trouble adjusting to the fact that he had grown into near manhood. And she seemed to worry that, soon, he would no longer need her the way that he had needed her before.

This is just one example of clients who’ve had difficulties accepting the fact that their kids will not always be children, and some day will want to live as independent adults.

How does such a problem arise? Perhaps some parents decide to build their lives and their identity around one feature of themselves: that is, being a parent. They may lack a stimulating career or outside interests. Or they may suffer from low self-worth, and they make the kids the center of their lives. They become emotionally needy of their kids’ approval. It’s all the more complicated in a blended or step-family when, after remarrying, the second spouse feels as though (s)he’s playing second fiddle to the new spouse’s kids.

But whether it’s an intact family or a step-family, this is not healthy for the parents or the children. Kids need to be raised in an emotionally safe home, in which they feel clearly that mom and dad are devoted to one another. This helps them feel secure, so that they need not worry about the parents separating.

There’s another factor, too. That is, kids are not mature enough to occupy the central role in a family. They want and need the parent(s) to be in charge. They need the parents to provide direction, teaching and structure. They need parents who can set age-appropriate limits, rules and boundaries in the spirit of love and protection. Without that, the children can lose respect for the parents and can become defiant and oppositional.

Being a good parent is one of the hardest jobs around. It’s not easy making the right decisions for yourselves and for the kids, day in and day out. If mom and dad have a strong spiritual and moral compass in place, and make the marital relationship primary, that will be a good start.

Almost any set of parents can feel the need for an outside voice now and then. A kind of reality check, in a sense. If you’re a parent and would like some feedback in this area, please call for a no-cost consultation. The number is 219-309-3928. I’d be honored to be of service.

← A Bedtime Wonder
Love Vs. Trust →