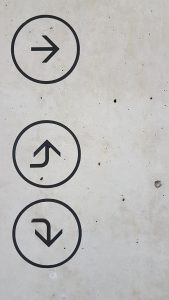 For many years a lot of humor has been made of the fact that men can’t commit to a relationship. They just can’t see themselves putting their time, love and energy into one person for the rest of their lives. They are unable or unwilling to make the big decision.

What is up with that? What stops men – or women, for that matter – from deciding to commit?

Let’s take a quick look at the verb, “to decide.” The meaning of “decide” comes from the Latin, decidere, which is a combination of two words: de = ‘off’ + caedere = ‘cut’ To decide literally means to cut off everything except the thing that matters most. Making a commitment to a relationship means that you cut off access to all other people with whom you could have a romantic or sexual relationship. If you were the undecided individual, you might assume that, if you take that step, you would be missing out. Or, maybe it’s not worth the risk, as the relationship might not go well. As a result, you hesitate, you hedge and you stall. What’s even worse is that the person on the receiving end often enables that behavior. I have had clients who have been at this for years.

Once again, what is up with that? Consider the possibility that men and women are not necessarily incapable of making such a big decision. Rather, they are unwilling to give up anything that they are used to, or that they hope they could get. They want the whole enchilada. They refuse to be tied down, or else they refuse to accept the reality that with every choice, comes a cost. In a committed relationship you are bound to give up a certain degree of independence. Likewise, if you are a hugely talented, ambitious performer and achieve fame, the cost is that you’ve lost privacy. If you choose to go into the military, the cost is that you lose a lot of personal freedom. There is no free lunch.

Another possibility is that the individual who is unable to decide has a history of second-guessing himself and doubts his judgment. He may be terrified of looking bad or appearing foolish, and he does not believe that he could recover from the humiliation of making a big mistake. In his fear of being wrong, he paralyzes himself emotionally.

Yet another possibility is that the person who fails to commit is utterly lacking in common sense. The individual may be brilliant in his profession, but when it comes to being practical and knowing what’s in his best interest, in the long run … forget about it.

Fourthly, the person who cannot commit may just be lying to himself about what really matters to him and what he really wants from life. But, I digress. This is a subject for another article.

Having worked with people who cannot or will not commit, I believe I can help. If you are struggling with this kind of problem, please do not hesitate to call 219-309-3928. I would be honored to be of service.