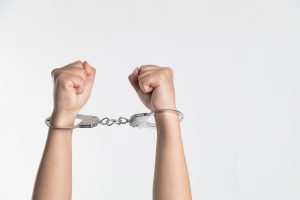 You might know some people who dislike rules and have a problem with authority. They resist any attempt to restrict their ability to do what they want, when they want. Others are rule-followers, they trust authority and put a premium on order and harmony.

While extreme, unjustified restrictions can be oppressive and cruel, in plenty of other situations, restrictions can produce order and stimulate creative thinking. Consider the following three examples of restrictions that produce a positive result.

Several years ago, I heard a radio interview with the wonderful jazz saxophonist, Stanley Turrentine, in which he described his dad’s way of teaching him to play the sax. Turrentine said that his father gave him a beginning exercise which he was required to do before he tried to play anything. The exercise consisted of playing one note only and holding it for one extended, smooth, unwavering count. He was to practice this until he was able to maintain a consistently accurate and pretty tone every time; no quivering or squeaking. He was not to play anything else until he mastered that note. Once he had done so, he was allowed to move up one step to the next note, and so on, until he was able to play every note perfectly.

Frank Lloyd Wright, one of the world’s most celebrated and creative architects, loved a challenge. At one point in his long career, he was approached by a young couple who wanted to have a home built. They said they had very little money, and asked him if he could design and have it built, on the condition that they only had $5,000.00 to spend. Wright must have felt a tickle of curiosity, as he thought about this. Eventually, he agreed. And he did it. He used the least expensive approved materials and supplied their home at their price.

One final example. Several years ago, a French novelist needed an impetus to spark his creativity. So, he gave himself a seemingly impossible task, aimed at forcing him to think outside the box. That is, to write a book without using the letter “e”. That’s pretty tough, since “e” is the most common letter in the French language. How in the world could this be done? But it was done, and I know this, because I read the book review in TIME Magazine, about 10-15 years ago. Interestingly, too, the entire book review contained not one “e”.

Restriction need not be a damper on happiness and freedom. Restriction can be the thing that requires us to think creatively and to find solutions, using new ways of thinking.

If you are feeling unhappy and restricted, and you’ve decided that it’s the restriction that is causing your unhappiness, you may want to reach out for another opinion. Most of us can benefit from a fresh perspective on a personal problem. The number is 219-309-3928. I’d be honored to be of service.

← The Real You
Commitment →