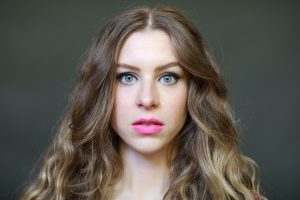 As we grow up, each of us develops a set of beliefs about life, about people and about how the world works. The years go by, we gather more information and experience, and we come to believe our own version of reality, based on our perceptions, personal experiences and the direction provided by influential people, such as parents, teachers and religious figures.

Many of my clients’ problems are intensified, as a result of adopting self-limiting, and self-defeating beliefs, based on another terribly destructive belief: that is, the belief that things will never change, and the way things were in early life is the way they’ll always be. This is, in a way, the grand-daddy of all negative beliefs.

Apart from that one, the number of distorted beliefs is almost endless. Among them, here are just a few:

You can’t trust anyone.

Whoever dies with the most toys, wins.

People from other cultures are inferior.

The moon landings were a hoax.

People get what they deserve.

Rich people are happier than others.

I’ll never get anywhere in life.

My parents are to blame for all my problems.

I deserve to be respected, no matter how many mistakes I make.

I mess up everything I do.

No matter how much I do, it won’t be enough.

How do people develop these kinds of beliefs? Typically, they are the result of early life emotional conditioning, perpetrated by people who appear smarter or more powerful. The young mind is open and easily molded. Thus, children can be made to accept any beliefs as absolutely true, even though they are unsupported by facts.

In a recent session, a client, sitting with her husband, talked about a behavior of his which indicated that he did not respect her. When I asked her about his other behaviors which did show care and respect, she thought hard and realized that “maybe” his behavior meant something else rather than, “he doesn’t respect me.” Her face visibly relaxed and she seemed to have learned something.

As intimated earlier, the belief that “this is how things are” and “this is the way I am”, are possibly the most powerful of negative beliefs. The implication is that change is not possible.  That cannot be true, because history is full of examples of huge changes in the behavior and attitudes of famous people, as well as in the course of history; all of  which came against all expectation.

Chances are, you know someone who can’t seem to get his or her life on track. Is it because he or she is thinking wrongly, due to a boatload of negativity and distorted, self-defeating beliefs? Or might that person be you? If so, I want to encourage you to consider the possibility that this really can change. The evidence is abundant. If you’d like to find out if that’s true for you, do not hesitate to reach out. The phone number is (219) 309-3928.

← Mind and Body
To Catch a Monkey →