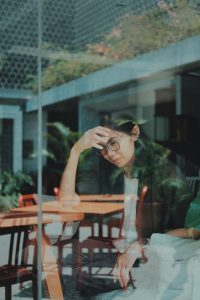 Consider, among many problems, one particular problem that most people may never think about. The media, big business and government spew an endless stream of messages intended to influence our behavior, especially our buying choices. This is a form of manipulation: not an appeal to our reasonable, adult minds, but to our emotions. The emotions in question involve the pleasure and pain principle as well as fear, envy, greed, excitement, sexual desire and more. The problem is this: most people cannot tell they are being influenced to act against their own interests.

TV and radio ads used to tell us what to buy, usually because we need the “new, improved” product. Today, the buzz word in commercials – and from certain factions of government – is what you deserve. The next time you listen to media, notice the use of phrases such as, “Get the internet service you deserve … You deserve a good night’s sleep”, and so on. Never mind that you don’t really need that $1000 smart phone or that $5000 bed. You deserve it!

This fiction about what we deserve creates other problems. In fact, the very idea that we deserve anything, period, can pit people against one another. It can generate envy, which can lead to anger and hatred. Further, if a person comes to believe that he or she deserves something, just because some magazine writer, an extremist politician or college professor says so, that person may be severely  disappointed when he meets with disagreement, such as a boss who refuses to give him a raise after his first six months at the job.

A couple of examples: Many of today’s students are educated by teachers who believe they must protect the children’s self-esteem. Therefore, in athletic activities, all kids get a participation trophy. Kids are taught ‘you deserve special recognition just for showing up.’  Some folks believe that everyone on earth deserves to live anywhere they choose to live. Those who believe so do not understand boundaries, citizenship or the integrity of nations and cultures. How would they answer if they were asked, “Does everyone have the right to live in your home?”

Here is an example from my therapy practice. A middle-aged man requested hypnosis for weight loss. He said he was unhappy in his marriage because his wife was abusive and domineering. At the end of the day, having had to deal with her extreme negativity, he deserved to reward himself with a rich meal.

The idea that we deserve anything can lead to relationship conflict. Imagine a married couple – call them Jack and Jill. When Jill abuses alcohol or spends wildly, putting them in debt, Jack tries to understand her, believing that Jill deserves to be taken care of by him. This would make sense if she is suffering due to circumstances outside her control – a health problem not related to her actions, for example. Their marital vow makes it clear that they both deserve devotion and loyalty, because they agreed to it. However, in this case Jack ignores the fact that Jill’s attitude and behavior are responsible for their unhappiness, and that she must be held accountable. He believes he must help her, but he is not capable of that, and so he feels guilty. Does Jill deserve for Jack to rescue her – even though he lacks the skill and knowledge to do so – while she continues to sabotage the marriage and to make him miserable?

Can we use common sense and agree that a person is only entitled to something because (s)he earned it? She studied, worked, sacrificed pleasures, went the extra mile in order to achieve something, to raise herself out of poverty, to help others … to make a difference.

If you know someone who could benefit from this article, please pass it along. If you are facing a current disappointment or unhappiness that relates to this issue, and you believe you could use some outside help, do not hesitate to call. The phone number is (219) 309-3928. It would be an honor to be of service.

For more thoughts on this issue click here Unrealistic Expectations