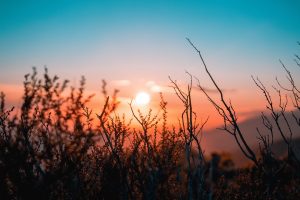 For many people, a long string of difficulties has left them feeling hopeless. Influences from their environment, family, teachers and friends may have convinced them that things will never get any better, because they have no chance to improve. It is important to encourage such people, especially the young, to step back, to challenge their negative beliefs and to consider their true potential. This is especially important in helping a person who has experienced too much restriction – poverty, neglect or abuse, for example – to understand that a world of possibilities is open to them. Thus, we offer supportive words, such as, ‘you can accomplish anything if you work hard enough, anything you put your mind to.’ For that group of people, this might help them attain self-confidence and to work hard towards a realistic goal.

But then, some people cannot tell the difference between a realistic goal and a goal that is based on a lie or a fantasy.

In the 1970s during the feminist revolution, American women were encouraged to believe in the idea, ‘You can have it all.’ That is, you can be a mom, have a highly paid career and whatever else you want to do and not have to sacrifice anything. Really?

Once again, it’s commendable to encourage people who need the support. But there’s a flip side to this. That is, when the message is not based in reality, it can be destructive. While it is true that disadvantaged people can rise up out of poverty, addiction, etc., and achieve great things, there’s another reality, as well.

That reality is that no one can have it all. Even the most powerful people in the world cannot have it all. The U.S. President is on call twenty-four hours a day. He has very little privacy and he and his family are constantly under scrutiny. Celebrities who value their privacy cannot go about living as freely as private citizens do. Fame has its price.

Having provided counseling to hundreds of inner city kids, I often heard boys say they were going to be pro basketball players. Most of them were neither tall enough, nor talented enough. They were living a fantasy. The poor kids, fantasy was all they had. I also heard a lovely girl, not the best student, say that she was planning to go to law school and to eventually become a judge. She was nineteen, unmarried with a baby, and no family support.

One common reason for failure is the refusal to accept one’s limitations. A great actor said that he began to succeed once he had learned to accept his limitations. Hearing this, my first instinct was to rebel. Limitations? No way! As a young man, I believed that any good actor should be considered capable of playing any role, based on her talent. Clearly, my thinking was sheer nonsense. What the great actor was saying was that, having understood his range as an actor, he decided to focus on playing roles that he would actually be cast in, and not waste his energy trying to do everything and anything, just to be in a play or movie.

Limitations can promote clear thinking and creativity. Years ago, a new book was featured among TIME Magazine’s book reviews. The book was utterly unique. It contained not one letter ‘e’. Why did the author do this strange thing? He had hit a wall. He could not come up with an idea for a new book. Somehow he realized that if he gave himself a seemingly impossible task, that might spark his imagination. So, he chose to write a book using not one ‘e’. It worked!

If you believe that freedom is the ultimate good, and that restriction is the ultimate bad, this may not make sense. It may be that you misunderstand the ideas of freedom and limitation.

If this speaks to you, you’re not alone. Many of my clients have mistaken ideas about life’s problems. Fortunately, it is possible to turn this around and to succeed, using a new way of thinking. If you’re curious about this, please feel free to call. The number is (219) 309-3928. I would be honored to be of service.