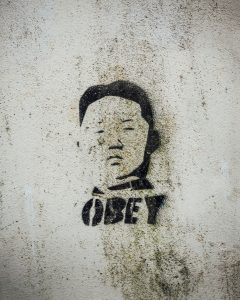 After working for many years in the area of human behavior and relationships, it has become clear that people with problems often base their attitudes, choices and decisions on misconceptions. In many cases misconceptions can color their overall view of life. Adherence to misconceptions is reinforced when others go along, especially if they are believed to be experts.

A particularly glaring example comes to mind. Years ago, one of America’s richest and most influential women – not a politician – asserted that she did not understand why God says, “I am a jealous God.” She said she could not believe in a God that is jealous of anyone. She was laboring under a misconception. That is, she misused the word “jealous” to mean “envious.” That is not the primary definition of jealousy and not the way that word is used in Scripture. The primary definition refers to the fear of loss. That is, the worry or stress that appears when you fear losing someone special to you, because he might be lured away by someone else. That concern does apply to God. The other definition could never apply to God. God envies no one. And yet, this extremely popular and powerful woman may have led people to accept and follow her misconception about God.

Clearly, holding basing our actions. opinions and beliefs on misconceptions can negatively impact our lives.

Reversing the destructive impact of misconceptions would require a lot of time and attention. Plus, it’s something that should be done with the help of another person: a trusted friend, advisor or even a professional. For the sake of brevity, let’s look at a number of common misconceptions that could negatively affect our well-being and happiness.

Let’s say you’re in a relationship, and, because there’s some tension, you want to make an important change to your behavior or attitude. You say to your loved one something like, ‘I want to do this for you, so you won’t feel so bad.’ And she answers, ‘I want you to do it for yourself, not just for me.’ This is a very nice sentiment. But realistically, if a person says what will motivate him to make the change, why question it? Recently, a client of mine said that he sometimes wondered how long he wants to live. He is married and has a four year-old daughter, whom he loves dearly. I asked him whether he felt any obligation to her, and whether he realized what he would be doing to her if he continued on a self-destructive path? He later tole me that this question changed his thinking about how long he wished to live.

To emphasize this point, when talking to someone who is suicidal, God forbid, one of the most important questions to ask him is this: What stops you from doing it? Often, the person says that it would hurt too many people. That is motivation enough. There is no need to tell that person that he should be motivated by self-interest.

– In order to do something that you may not want to do, you have to get yourself to ‘feel like’ doing it. This assumes that action only follows emotion. This is a fallacy. Often, the point is to do the thing you don’t feel like doing, and then notice whether the feeling follows.

– Once your personality is set, you are who you are, and you can’t change. False. Conclusive research proves that people can change behaviors and attitudes at any time in their lives.

– An unhappy past determines a bad future. No. Read the story of Maya Angelou.

– People should always be taken at face value, because they are always what they appear to be. If you believe that, then you are living in a fairy tale. People are not always who they appear to be. Rather, people often wear disguises in order to convince others of who they pretend to be.

– Children are the most important members of the family. Not necessarily. Caring for children is a sacred duty. This does not mean that kids are meant to be the center of the family. This gets complicated in blended families, when the parent feels he must be honest and tell his new wife that his children will always come first in his life. She, then, will always feel second-best in the family.  But this can also happen in an intact family. The man works long hours, spends little time with the children, and the wife builds her world around them. This is a prescription for disaster. But that is another conversation.

These are merely a handful of many more misconceptions that can lead a person astray. One complication is that misconceptions do not operate on a conscious level. They are burned deeply into our belief systems. And some people must find a way to neutralize them in order to obtain the happiness they seek. As mentioned previously, this may require working with someone who is knowledgeable in this area.

If this seems to describe something you’re going through, and you’d like to explore it, please reach out. You can call me at (219) 309-3928. It would be an honor to be of service.

← The Family Boss
Meditation and Health →