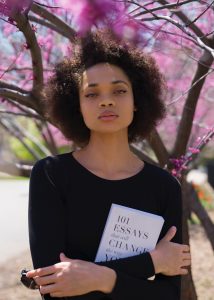 Thieves may steal your valuables. A natural disaster may destroy your home. Enemies may inflict death and destruction. But there is one thing no one can take from you. That thing is knowledge.

Knowledge blesses us with power, freedom and a multitude of options. And in addition to the knowledge of facts, math and science, languages and how things work, we have discovered much knowledge about behavior and relationships.

A young woman about thirty years of age – let’s call her Chloe –  who is a licensed health professional, comes for counseling. In a few short minutes, Chloe reveals her story. Her boyfriend of four years has cheated on her more than once. She is crushed and confused. They had such a great time together. Lots of fun, lots of great sex. So many awesome memories!

Their entire relationship was based on fun and pleasure. They were living like a couple of kids just out of school, sowing their wild oats, with no end in sight.

Chloe is angry at herself, too; you see, her friends had warned her about him beforehand. “He’s a player,” they said. But she thought, since her ex-husband had also cheated, she could handle it. Besides, the new boyfriend was quite a hunk.

Rather than preaching about where Chloe went wrong, I ask you to look at a few bits of knowledge that might have helped her prevent this.

Bit #1: A person’s past behaviors are the best predictor of their future behavior. — If she had understood that, she might never have gotten involved with him.

Bit #2: Know yourself. — She deceived herself into believing that she could tolerate another infidelity.

Bit #3: The pursuit of pleasure as the foundation of a relationship does not lead to happiness. Any relationship based on pleasure-seeking is like a house built on sand. — Chloe lacked knowledge in failing to understand what makes a fulfilling and happy relationship.

Bit #4: Most people are selfish by nature, and require maturation and good teaching in order to be sensitive to the needs and rights of others.

Ignorance is the word we apply to a lack of knowledge. It need not be given as a criticism, because many people are ignorant through no fault of their own. They may lack education, a stable environment and exposure to good role models.

How can ignorance can affect a relationship? When a person displays ignorance – such as deluding oneself into believing she has the strength to bear yet another insult – her partner consciously or unconsciously senses that she is weak and exploitable. He loses respect for her. Furthermore, since most people are selfish by nature, and since he has been dishonest before, he is likely to be dishonest again, especially because he disrespects her.

As I work with Chloe, I will help her gain knowledge and insight into herself and into the eternal truths that have guided wise people for centuries. She is a bright and energetic woman. She’ll be fine.

If you’re interested in expanding your knowledge of what makes a good life, a good relationship and a general state of contentment, please give me a call. This could be a fascinating and profitable conversation for both of us. The number is 219-309-3928.