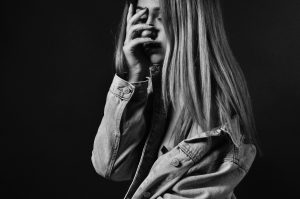 When she calls me, she can hardly speak – her voice is choked with sobs. She tells me her boyfriend is the worst kind of narcissist. Not just selfish, but mean and hurtful. He doesn’t help with the bills. He drinks and gambles. She has two toddlers; one by him and the older one by her previous boyfriend – he doesn’t care for them. He blames her for their problems, says she’s crazy and stupid. She is not stupid. She’s studied up on narcissists, and knows what they are. But she doesn’t know enough. She tells me she wants couples therapy. She’s desperate. She wants something, anything, to help her. She says this is not her first bad relationship. Some of the others were worse. — I listen, I think for a few minutes, and you might wonder how I respond.

Therapists hear these stories day in and day out; this is no surprise. Does it surprise you? Think back to your younger days when you knew a girl who was attracted to the bad boys at your school. People warned her, but it was no use. Even her parents couldn’t convince to be smart. She had to learn for herself.

First, the girl who suffered rejection, abuse, or other trauma from her father. As an adult, she is likely to continue connecting with that kind of man. Some professionals say these women are re-enacting the trauma in an attempt to resolve it.

Second, the woman who’s been sexually abused. She feels dirty. She sees herself as damaged goods – what decent man would want her?

Third, the adrenaline junkie – she prefers living on the edge.

Regardless of the reasons, one common thread emerges. The person who gets into bad relationships is more emotionally needy than the other person. In her neediness she seeks a man who will fill the void left by the father figure. Thus, the man dictates the terms of the relationship.

But another equally potent factor exists. If the bad boy is bad enough, and the woman has a strong need to be needed, she will be unable to resist the urge to save him. The more firmly she believes herself to be the only person who understands him, who feels for him, who believes that, without her, he’d be lost … the more firmly she attaches to him and the more vigorously she defends her position.

What’s to be done? Maybe this is a form of addiction, and, as in the cases of alcoholics and drug addicts, the person needs to hit bottom. When you’re living with an abuser, heaven only knows what that bottom might be.

Amazingly enough, some women can break the pattern and find peace and belief in themselves. It takes acknowledging the problem and strong motivation. But it’s possible.

If this describes you, or if you know someone who needs help in this way, please feel free to call for a free consultation, at 219-309-3928.