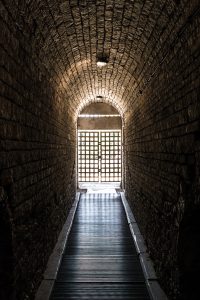 Don’t you just love it when people use the same old tired sayings that everyone else does? What’s even worse is the occasions when they pull them out as you’re going through a tough time.

A loved one dies, and they say, “She’s in a better place now.” Does that alleviate your grief?

You’re a teenage girl; a boy tries to mess with you, and your dad says, “Boys will be boys.” Yeah, that’s a real help.

Your girlfriend cheats on you, and your mom advises, “Forgive and forget.” No comment needed there.

Here’s one that’s used in religious circles, as if it were actually true:

“God will never give you more than you can handle.”

No kidding. Maybe the people who believe that nonsense haven’t heard about instant lottery millionaires whose lives were practically ruined by that apparent “blessing.” Maybe the people who believe such things don’t know about the massive atrocities that have been committed by psychopathic leaders from ancient times, through the Dark Ages, the Middle Ages and into the 20th century. And they certainly don’t understand how the human body, mind and spirit can be broken by the actions of others or by a succession of random events. Maybe the people who don’t get it should visit a medieval dungeon in a European castle, get a look at instruments of torture and hear true tales of true evil.

We can suppose that people use these sayings because they don’t know what else to say. They probably mean well. So, let’s not be too hard on them.

And maybe we can learn something from this. Maybe the lesson is this: the next time you’re facing someone who’s going through a bad time, think about what would comfort that person, rather than mindlessly mouthing a cliche.

In most cases, as a wise old friend of mine has confirmed, the best course is to say nothing, but rather to be a sympathetic presence with the other person. That’s usually all they need.