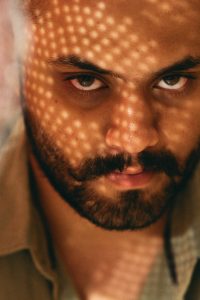 People who suffer from emotional troubles such as depression, anxiety and low self-esteem tend to have negative thoughts about nearly everything, including themselves. They say that from their early youth, influential people have been critical and negative toward them. These people – older siblings, parents and other relatives, teachers and coaches – have instilled in them a belief that they’re stupid, worthlessness and bad.

Because the young mind is not capable of defending itself, it tends to incorporate these messages as if they were true. In my profession, these messages are collectively referred to as, “the inner critic.” Not an actual voice, it is a persistent presence that reminds a person of his or her failures and weaknesses.

Even though the inner critic seems to be around all the time, this is not the end of the story. Fortunately, it has been proved time and again that people can relieve themselves of the negativity, silence the inner critic and change their lives.

Following are a number of things you can do, if an inner critic is keeping you from having the life you want.

Recognize the source of the critic – who it is, and where it comes from. Think hard about  the person that started all this negativity, and how they could possibly be smart enough to know these bad things about you. Ask yourself whether these negative things are true, and if you really believe these things. If so, how and why did you come to believe them?

Write down every negative thing that the critic says to you. Do not verbalize the criticisms as “I am stupid”. Instead, use words such as,”The critic claims I am stupid.”

Recognize the triggers that activate the critical voice. Recognize your stress response when you are triggered and learn to adjust in a healthy way. I can teach you to do this, quickly.

Discredit, Dispute and Dismiss the critic – redefine the critic as invalid, ignorant, hateful and cruel.

Understand how the critic used to affect your emotions, behavior, physicality, thoughts. Take each effect that the critic’s negativity has had on your entire being – your thoughts, emotions and your actions – and say specifically what you want to change about all those effects.

Notice the changes you are making, and that the critic’s power is gradually fading away.

Assemble a strategy to countervail and replace all the negative messages with positive ones. Create lifetime habits of positive self-affirmation, spending time with caring people who know how to be genuine friends. Do good for others. Take care of yourself in every way.

There’s a lot more to it, and if you have been bothered by persistent negativity, and  would like to know more about how to silence the inner critic, please call me at (219) 309-3928. I would be honored to be of service.

← To Catch a Monkey
What Is Wisdom? →