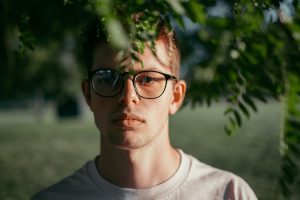 He grew up, an only child, with his mother and father, Sam and Lorna, who had been through hell in World War II. Nearly every member of their families were slaughtered by Nazi criminals. That included Lorna’s parents, two of her sisters and a brother, plus Sam’s first wife and their nine year-old son and Sam’s brother and sister-in-law.

Sam and Lorna never fully recovered. The trauma left them with a solitary purpose: to survive. To work as much and as long as possible. To never waste a penny or a scrap of food. Above all, to take no unnecessary risks.

Lorna spoke freely to the boy about some of her experiences. She recounted the ride, crammed in the freight car amongst God knows how many others, to Auschwitz, and about what happened when they arrived. She described the sight at Bergen-Belsen concentration camp of corpses piled on top of one another, “as high as a mountain.” She talked about her skepticism when, near death, she heard other prisoners saying that the British Army was about to enter the camp. How she recovered from typhus and dysentery in 1945. She told the boy a great deal about her family, her parents, five siblings (two of her sisters had emigrated to Palestine), about the town in which she grew up, and about her large circle of friends. She had lots of pictures of people the boy would hardly remember in years to come.

But how can a child understand such things?

Sam never spoke about any of it, except to explain briefly why he was unable to bend the middle finger of his left hand. He never mentioned his family, not even his older brother, whom he loved and admired.

And so the boy grew up with a father who appeared to have nothing to give of himself, apart from a dogged, honest work ethic and and a quiet nature. Sam never took his son anywhere. He never played with him. He never appeared at the boy’s school events. He showed no interest in the boy’s activities or about how he was developing as a little person. The boy came to see his dad as a stranger, a man who preferred not to care for him, except financially.

As the boy progressed to manhood, having thought hard and long, he found himself able to accept the fact that his father had done all he could do, and it was not fair to blame him. It was not his fault that he was unable to do more. He forgave his father, keeping in mind a saying he’d heard somewhere: You know that you’ve grown up when you’re able to forgive your parents.

Accepting his father’s shortcomings provided some relief. Even so, the boy would never understand this man who could not, or would not, reveal his true self. Who never told a story about his life, about his family, his life in the old country, his previous profession, his home town. He had no mementos, nothing whatever to share with the boy. Nothing. He was as stingy with himself as he was with money.

In his wish to understand, the boy sought information about the psychology of holocaust survivors. He learned, based on their own reports, that many of them refrained from relating their experiences to their children; they believed it would traumatize them. He also learned that all trauma survivors avoid reliving their memories. If only they knew that telling their stories could play a major role in their healing. If only they had the information we now have about trauma treatment.

There are lessons to be learned from all this. Let us apply one such lesson to relationships in general. Imagine a couple – in fact, two clients of mine – whom we’ll call Jack and Jill. In Jack’s original family, he was one of four very active sons, who enjoyed the outdoors, played high school football, and when they talked, it was only about sports, home projects or work. Growing up in such a family, talking about personal stuff never happened. So, when he got married for the first time in his late 40’s, he was way behind the curve. To make matters worse, he married into a family of females. His wife had three daughters, and two of them were still teens. The man was completely lost.

The outcome was predictable: lots of conflict. He, unable to understand the feelings of others or to express his own, except to get angry when frustrated. She, passive, emotionally reactive and psychologically damaged by her own family and later by her unfaithful ex-husband. Jack and Jill triggered each other’s emotions nearly every day.

Jack had no idea what a close personal relationship should entail; and, much less, how to be genuine. Now, having to navigate so much female energy, he was faced with a choice. Continue the misery in the marriage, get out of it, or learn to show his true self to his wife and step-daughters and learn to understand them, also.

Here’s the bottom line. Withholding your real self – whatever your reasons might be – is usually seen as a lack of caring, love and respect. Over time, those on the receiving end will probably conclude something like the following: he’ll never be real … he doesn’t want to be close to me … he doesn’t like me … he doesn’t care how I feel.

It doesn’t have to be that way. It can be fixed. If this is happening in your relationship, whether it’s you or the other person who’s holding back, it could require some attention, and you might benefit from outside assistance. If you go along with that, and you’re ready to get help, please call 219-309-3928. I’d be honored to be of service.

Thanks for reading! And as for the boy in the story above … he thanks you, as well.