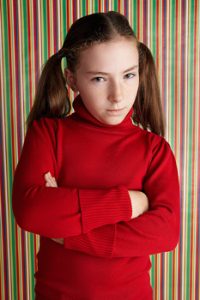 “The world is made up of givers and takers. The takers may eat better. But the givers sleep better.”

Have you ever felt that you were being used?

Has your boss used you in order to advance his career? Has a family member used you to support her in putting another family member down? Has your boy friend used another man to flirt with you, just to test your love? How about a fellow student using you to build up her ego?

On a larger scale, politicians and business people always use each other. Corporations take advantage of employees, working them overly hard, to maximize their profits. Employees use big business to take care of them. Labor unions use workers’ wages to amass huge amounts of money, which is used to control politicians. The entertainment industry uses the press to create glittering images of entertainers and athletes, to be idolized by gullible fans.

Whether the user is an individual or large entity, using another person or group in order to gain an advantage is nothing more than exploitation. And as we know, it occurs not merely in the spheres of business, family life and politics. Exploitation poisons the worlds of religion and charity, as well. Humankind’s potential for exploitation knows no limits.

In the realm of close relationships, exploitation goes on all the time, even on a micro level. It’s so subtle that people don’t know they’re using each other. Perhaps the most confusing and hurtful situation is one in which the person who is using or being used believes that this is love. Consider the following true story from my case files.

A forty year-old man, married with two children, is unhappy in his work, while his wife is quite content in her work. He is bored with being a dad. They married in their late teens, after he impregnated her. She quit college, and he worked doing manual labor, later able to graduate from college. They say that their first years of marriage were just great. They had wonderful sex, loved being parents, and had a lot of fun. However, she, partly in reaction to her oppressive religious upbringing, took an interest in various sexual pursuits. She fantasized about sex with women. At one point they considered the swinging life style. His buddies taunted him, because he’d never had sex with anyone else, and he allowed them to affect him. When she found out about his affair, she offered to do a threesome with him and his affair partner. After his affair ended, she had a fling with a woman. But now the most unfortunate development is that she no longer loves her husband, and is in love with the man she is having an affair with. She refuses to repair the marriage. And as a direct result of their decisions, their children are suffering. One of them is a drug addict, and the other has depression.

How does this situation relate to the topic of exploitation? Actually, it’s clear as day, when you look at it closely. The relationship was conducted by two immature people, confused about love and commitment, using each other for one purpose only: pleasure. He used her as boys will often do during their potent teenage years. She used him in order to find a kind of happiness that had been denied her by her super religious parents.

This is a common theme in dysfunctional marriages. Two people using each other, and not even remotely aware of what they’re doing. He uses her in order to feel in control. She uses him in order to avoid having to take care of herself. He uses her as a trophy wife to elevate his status. She uses him to provide the luxuries she craves.

Yet, they call this love. That is the problem. So, when the relationship crumbles, as it inevitably must, the people may become disillusioned and cynical. Now what is left for them? And, as in the case above, who else will be damaged by their choices?

I think it was the movie, “Jerry Maguire” in which the lead actor says to the young lady, “You complete me.” Is that what you are doing in a relationship? Using another person to complete you or for some other purpose? Do you really believe that it’s possible for another human being to provide that on the deepest level?

If you are now – or have ever been – in a relationship that is failing, have you wondered about the reason for the relationship? Are you both looking for someone to complete you? Are you in some subtle way, using each other for personal gain? Not talking about money, status or position. I mean emotional, psychological gain. If that is possible, and you’re willing to be incredibly honest with yourself, it may be time to face it squarely. This can be done in several ways. It may not be necessary to seek outside help. But if you are ready to explore this with a professional who will not judge you, please feel free to reach out. The phone number is (219) 309-3928. I would be honored to be of service.