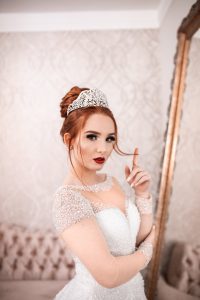 In the last twenty or thirty years, the meaning of the word, “drama” has come to include something that has nothing to do with stories. It seems that some pop star in the last few decades started using the word, “drama”, as a synonym for interpersonal problems, such as gossip, acting out emotionally, and stirring up trouble, to name just a few examples.

Why address this? There’s at least one good reason, and it has to do with the fact that what is often called “drama” today can be an effective way of exercising power, and of avoiding genuine human contact and honest communication.

In my fourteen years as a therapist at a therapeutic boarding school, I witnessed a lot of drama. The more I got to know the disturbed kids who were placed with us, the more I realized that they were not just trying to make trouble. In many cases, they stirred things up, because they could not tolerate peace and quiet. Now, why would that a be the case? Most people love relaxation and tranquility. But not these kids – and some adults are no different.

For so many people with personal problems, a calm, quiet atmosphere is extremely uncomfortable, because it allows thoughts to creep into the mind. The problem is that too many of those thoughts inclue memories of abuse or neglect, betrayal, abandonment and violence.

Another possibility is that many of these people grew up in an atmosphere of chaos; no order, no stability, and lots of noise. They never became accustomed to living in a peaceful environment. One inner city kid came to the boarding school, which happened to be located outside of town, and surrounded by corn fields. This tough little gang-banger wannabe took one look at the corn fields that bordered the property and became panicked. He’d never seen anything like it before, and he didn’t know what it was. It was, in fact, the Unknown. He had no idea what life was like outside his horrible little world.

You may know someone like this. Someone who can’t keep out of other people’s business, who seems to enjoy irritating others, who is continuously up to his neck in an emotional crisis.

If dealing with this kind of person is creating problems for you, it may be time to get some feedback; maybe from a professional. Believe it or not, there are ways to deal with these kinds of people and to no longer be bothered by them.

If you’d like to learn some creative ways of protecting yourself from drama, please do not hesitate to give me a call. The phone number is (219) 309-3928. I’d be honored to be of help.