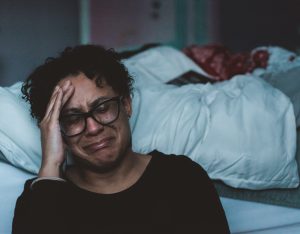 All people have their own ways of handling emotions. Some people deny their feelings or stuff them down, while others wear them openly. Some people seem by nature unemotional, whereas others are live wires. Some view emotional people with disdain, as if they’re immature or lacking in self-control, yet others appreciate and respect the vulnerability of a person who expresses feelings honestly and appropriately.

Some people are able to let go of emotions, and rarely will hold a grudge. Others cannot let go, and consequently they suffer. The purpose of this article is to look at the fall-out resulting from inability or unwillingness to let go of one particular emotion: guilt and its nasty partner, shame.

In a moment we will look at shame; but first, a clarification is needed. Shame is not just one thing. A person who understands right from wrong, who has an active conscience appreciates when he’s done wrong. And so, she may rightly feel ashamed of herself. That is not abnormal, nor is it harmful. If she is well-adjusted, she will do what is necessary to make things right, ask forgiveness, and let herself move on. We will distinguish that kind of shame, which marks a person of good character, from the harmful kind of shame, which happens when we cannot let go of guilt.

Now, here is the problem. When the nasty kind of shame becomes a habit, we could take this emotional swamp even farther, blaming ourselves for things that aren’t our fault. We have held onto our guilt long after we did the wrong thing, almost as though we want to beat ourselves up emotionally. We expand on this by blaming ourselves for all sorts of things, which may have nothing to do with anything we did.

We might wonder why anyone would continue doing this to himself. Feeling badly about something we’ve done – and then feeling horrible about ourselves in general – creates fear, anxiety, depression, and anger toward oneself; even self-hatred. These feelings are intolerable, and so, unable to see other solutions, we use self-blame to ease those feelings, by punishing ourselves, refusing to enjoy life, telling ourselves we do not deserve to be happy, breaking off close relationships, purposely alienating people, and so on. To make matters worse, we can come to depend on self-blame as our go-to strategy for easing those painful emotions. It’s as if we’ve gotten addicted to self-blame.

Continuing with self-blame will only distract us from getting the help we need to let go of the guilt and shame. For people who do not understand that help is available, this is a convenient way to avoid facing the problem directly.

It could be valuable to explore the source of the tendency to self-blame. A dysfunctional family, perhaps. Early childhood conditioning that forced you to take responsibility erroneously in situations that were in no way your responsibility. While it can be important to understand the source of the tendency to hold on to guilt, shame and to self-blame, it is more important, I would argue, to look for healing and solutions now.

The good news is that tese problems can be resolved, and that people who have been enslaved by distorted ideas of responsibility and guilt can get rid of those ideas and replace them with health-giving beliefs and constructive habits. For some people it would be ideal to work with a professional. If this speaks to you, and if you’d like to explore it further, please feel free to call. The phone number is (219) 309-3928. It would be an honor to be of service.