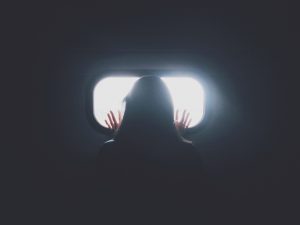 In general any person who seeks counseling is feeling badly and understands that something must change. If he is honest, he will also accept the fact that it’s often something about himself that must change: his way of thinking or attitude, his behavior, habits and choices. Now, we all know that change can be hard enough that some people resist it and continue to feel stuck in a bad situation, even knowing they’re partly responsible for it.

Do you know anyone who is like that? What is going on there? Why do people get themselves into feeling stuck? In other words, why do people refuse to change, even when they know it would help them?

Being stuck can be a result of …

– Negative mental conditioning. Some people have been programmed to fail from early childhood. Clients of mine have told me that they’ve heard words such as, “You’ll never amount to anything.” “Are you stupid? Do you want to dig ditches all your life?” “Nobody cares what you think. Shut up.”

– Staying attached to an identity. For example, if I am stuck, it might be because my identity is that I am poor, my whole family and ethnic group have always been poor. Being well off is not who we are. Additionally, I sabotage myself if I stay attached to a personal story that defines me. So, not only is my identity that all my people are poor and always will be poor, but it’s also wrong to be rich. Rich people are selfish and bad. Plus, when you have money, you can become a target and people will resent you, or they will want to use you.

– The fear of what would happen if  you were to get ‘unstuck’. For example, if you were promoted at work, would other people envy you? Would you lose friends? Would you expect that people would pressure you, because you’d be making more money? One client of mine used to hang out with his drinking buddies. But, as a husband and dad, he learned to be a family man and to take his life more seriously. He also continued to do better at work. After a while, he noticed that a couple of his buddies were less friendly, now that he had moved up and was no longer drinking and hanging out.

– Self-defeating beliefs such as: ‘It’s not worth it. I can’t see myself doing that! I can’t. It’s impossible. I’m unlucky.’ Think of the members of the poor underclass who idolize celebrities and athletes, but would never conceive that they themselves could succeed.

– Self-deception. That is, dishonesty about what you really want for your life. We encourage people to dream big, and to aim high in order to get motivated for success. But some people’s dreams are unrealistic. They stay stuck because their goals are virtually impossible to achieve. Some people have become habitual liars. They lie to others and to themselves. They say they want to change, but in actuality they do not.

– Some people are just not motivated, because they haven’t hit “bottom.” You may have heard that people do not change until the pain of staying where they are outweighs the fear of change. This also involves fear of the unknown.

The previous thoughts hardly scratch the surface of this issue. If you’re feeling stuck, and if you would consider working with a professional, please feel free to contact me. The phone number is (219) 309-3928. It would be an honor to be of service.

← The Easy Life
Guilt and Shame →