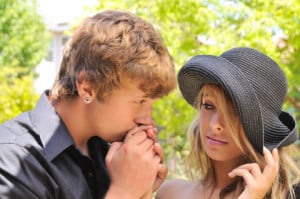 Years ago in the feature film “A Bronx Tale”, directed by and starring Robert DeNiro, a teenage boy, the son of DeNiro’s character, is being mentored by the local mob boss, Sonny. At one point the boy sees another teenager walking along the street and says to his mentor something like, “there goes that bum; he owes me twenty dollars, and whenever he sees me he runs. I’m gonna get even with him, that *&%#!!” Paraphrasing the rest of the dialogue, Sonny replies, “Do you like this kid?” The boy says, “No”. Sonny says, “Do you care about hanging out with him?” “No, I hate the bum!”  Sonny’s answer is priceless. He tells the boy that this is a great deal. This bum, who you can’t stand, is now out of your life forever, and it only cost you twenty dollars. That’s a great deal, kid.

Nearly everyone has had the experience of being hurt, cheated, or offended in some way, having a hard time letting go of the bitterness and resentment that followed. In some cases we’ve been able and willing to forgive; in others, not so much.

It seems worthwhile to explore this question, since we’ll all have to cope with disappointment and suffering at some point in our lives. So, let’s take a look.

In this brief article, I’ll address just one reason for the inability or unwillingness to forgive: the belief, or assumption, that, in order to forgive someone, we have to feel right about doing it. That there’s no way we can get to that feeling – because we’ve been hurt so badly – unless we work ourselves up to it, or find it in ourselves to be “the bigger person”. Make no mistake: these assumptions and feelings are real, they’re powerful and they affect us deeply. I don’t criticize them; we’ve all been there. Because of the importance of this issue, I’d like to offer an alternative way of thinking about all this.

Now, if you go along with this notion — that forgiving depends on your being in the right mood, or in the right frame of mind — please ask yourself, “Where did this belief come from? Who made this up? Why should I buy into this idea that I have to feel like forgiving?”

In addition to these questions, you can ask yourself more generally, “How is it that I have come to believe the things I do? Have I been conditioned by my parents, my culture, my peers? Are my beliefs the product of intuition or some other mysterious force? Do I hold certain beliefs because they benefit me, or because, ‘that’s just the way things are?’ Or, have I come to my own conclusions and formed my beliefs based on solid reasons?”

I invite you to consider this possibility: that you can proactively and intentionally determine your beliefs; they need not emerge as a result of your early-life conditioning or from any other outside influences. Further, that you can change unhelpful, self-defeating and destructive thought patterns, adopting beliefs and thoughts which support healthy and morally correct behavior.

So I challenge this assumption – that you have to “feel like” forgiving – and any other assumption that stops you from getting on with your life. You can discard this assumption and replace it with a new, constructive belief of your own choosing. For example, that forgiveness is not necessarily dependent on a mood or an emotion – but a product of the desire to let go of a hurt. Not to let the offender off the hook, not for his or her benefit – but for your own peace of mind. In order to prove the truth of that new belief, you will need to try it out. So, the next time someone disappoints you, consider your response. And consider for yourself the benefit of letting go of the debt, in effect saying to the offending party, ‘You owe me nothing. I let it go.’

You may have heard this saying: “Holding a grudge against someone is like taking poison and expecting the other person to die.”

Forgiving does wonders for heart and mind, body and soul. Try it when you don’t feel like it. You’ll be delighted at the outcome.